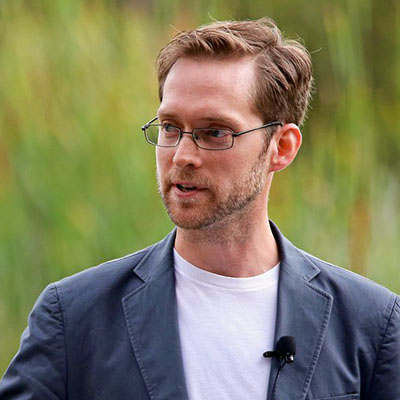 Abstract:
Predicting missing links in networks is a fundamental task in network analysis and modeling. However, current link prediction algorithms exhibit wide variations in their accuracy, and we lack a general understanding of which methods work better in which contexts. In this talk, I'll describe a novel meta-learning solution to this problem, which makes predictions that appear to be nearly optimal by learning to combine three classes of prediction methods: community detection algorithms, structural features like degrees and triangles, and network embeddings. We evaluate 203 component methods individually and in stacked generalization on (i) synthetic data with known structure, for which we analytically calculate the optimal link prediction performance, and (ii) a large corpus of 548 structurally diverse networks from social, biological, technological, information, economic, and transportation domains. Across settings, supervised stacking nearly always performs best and produces nearly-optimal performance on synthetic networks. Moreover, we show that accuracy saturates quickly, and near-optimal predictions typically requires only a handful of component methods. Applied to real data, we quantify the utility of each method on different types of networks, and then show that the difficulty of predicting missing links varies considerably across domains: it is easiest in social networks and hardest in technological networks. I'll close with forward-looking comments on the limits of predictability for missing links in complex networks and on the utility of stacked generalizations for achieving them.

Short Bio:
Aaron Clauset is an Associate Professor in the Department of Computer Science and the BioFrontiers Institute at the University of Colorado Boulder, and is External Faculty at the Santa Fe Institute. He received a PhD in Computer Science, with distinction, from the University of New Mexico, a BS in Physics, with honors, from Haverford College, and was an Omidyar Fellow at the prestigious Santa Fe Institute. In 2016, he was awarded the Erdos-Renyi Prize in Network Science, and since 2017, he has been a Deputy Editor responsible for the Social, Computing, and Interdisciplinary Sciences at Science Advances.
Clauset is an internationally recognized expert on network science, data science, and machine learning for complex systems. His work has appeared in many prestigious scientific venues, including Nature, Science, PNAS, SIAM Review, Science Advances, Nature Communications, AAAI, and ICDM. His work has also been covered in the popular press by Quanta Magazine, the Wall Street Journal, The Economist, Discover Magazine, Wired, the Boston Globe and The Guardian. 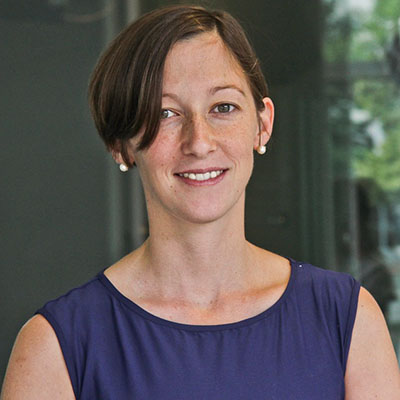 Abstract:
The human mind is curious. It is strange, remarkable, and mystifying; it is eager, probing, questioning. Despite its pervasiveness and its relevance for our well-being, scientific studies of human curiosity that bridge both the organ of curiosity and the object of curiosity remain in their infancy. In this talk, I will integrate historical, philosophical, and psychological perspectives with techniques from applied mathematics and statistical physics to study individual and collective curiosity. In the former, I will evaluate how humans walk on the knowledge network of Wikipedia during unconstrained browsing. In doing so, we will capture idiosyncratic forms of curiosity that span multiple millennia, cultures, languages, and timescales. In the latter, I will consider the fruition of collective curiosity in the building of scientific knowledge as encoded in Wikipedia. Throughout, I will make a case for the position that individual and collective curiosity are both network building processes, providing a connective counterpoint to the common acquisitional account of curiosity in humans.


Short Bio:
Prof. Bassett is the J. Peter Skirkanich Professor at the University of Pennsylvania, with appointments in the Departments of Bioengineering, Electrical & Systems Engineering, Physics & Astronomy, Neurology, and Psychiatry. Bassett is also an external professor of the Santa Fe Institute. Bassett is most well-known for blending neural and systems engineering to identify fundamental mechanisms of cognition and disease in human brain networks. Bassett is currently writing a book for MIT Press entitled Curious Minds, with co-author Perry Zurn Professor of Philosophy at American University. Bassett received a B.S. in physics from Penn State University and a Ph.D. in physics from the University of Cambridge, UK as a Churchill Scholar, and as an NIH Health Sciences Scholar. Following a postdoctoral position at UC Santa Barbara, Bassett was a Junior Research Fellow at the Sage Center for the Study of the Mind. Bassett has received multiple prestigious awards, including American Psychological Association's ‘Rising Star’ (2012), Alfred P Sloan Research Fellow (2014), MacArthur Fellow Genius Grant (2014), Early Academic Achievement Award from the IEEE Engineering in Medicine and Biology Society (2015), Harvard Higher Education Leader (2015), Office of Naval Research Young Investigator (2015), National Science Foundation CAREER (2016), Popular Science Brilliant 10 (2016), Lagrange Prize in Complex Systems Science (2017), Erdos-Renyi Prize in Network Science (2018), OHBM Young Investigator Award (2020), AIMBE College of Fellows (2020). Bassett is the author of more than 300 peer-reviewed publications, which have garnered over 27,000 citations, as well as numerous book chapters and teaching materials. Bassett is the founding director of the Penn Network Visualization Program, a combined undergraduate art internship and K-12 outreach program bridging network science and the visual arts. Bassett’s work has been supported by the National Science Foundation, the National Institutes of Health, the Army Research Office, the Army Research Laboratory, the Office of Naval Research, the Department of Defense, the Alfred P Sloan Foundation, the John D and Catherine T MacArthur Foundation, the Paul Allen Foundation, the ISI Foundation, and the Center for Curiosity. 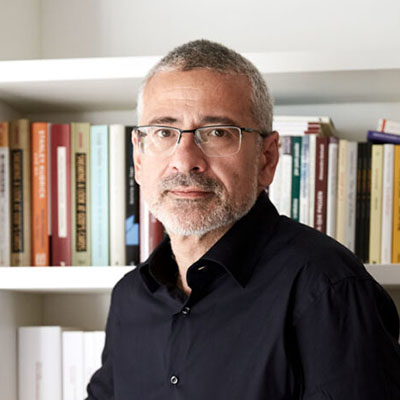 
Computational Epidemiology at the time of COVID-19

Abstract:
The data science revolution is finally enabling the development of large-scale data-driven models that provide real- or near-real-time forecasts and risk analysis for infectious disease threats. These models also provide rationales and quantitative analysis to support policy-making decisions and intervention plans. At the same time, the non-incremental advance of the field presents a broad range of challenges: algorithmic (multiscale constitutive equations, scalability, parallelization), real-time integration of novel digital data streams (social networks, participatory platform, human mobility etc.). I will review and discuss recent results and challenges in the area, and focus on ongoing work aimed at responding to the COVID-19 pandemic.


Short Bio:
Alessandro Vespignani is the Director of the Network Science Institute and Sternberg Family Distinguished University Professor at Northeastern University. He is a professor with interdisciplinary appointments in the College of Computer and Information Science, College of Science, and the Bouvé College of Health Sciences. Dr. Vespignani's work focuses on statistical and numerical simulation methods to model spreading phenomena, including the realistic and data-driven computational modeling of biological, social, and technological systems. For several years his work has focused on the spreading of infectious diseases, working closely with the CDC and the WHO. 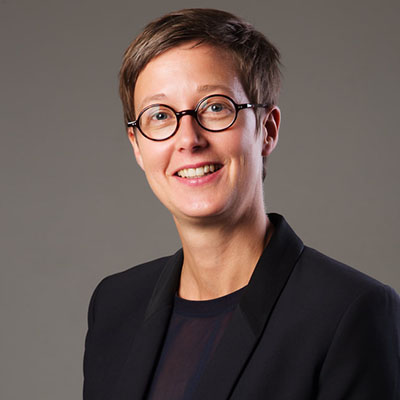 Abstract:
Many people might not bother to define complexity, thinking that we know it when we see it. Scientists should not afford such luxury. I will provide a compact but comprehensive overview of the different ways that systems can be complex, offering an aggregate definition. I will discuss the role of complexity measures, and why complexity cannot be captured by a single number. This work was done in collaboration with James Ladyman, published with Yale University Press in 2020. At the other end of the spectrum of complexity science is the application to real-world problems. I will present two examples from recent work. The project 'Aiding the mitigation of and adaptation to climate change using the tools of complexity science' was done in collaboration with the Green Climate Fund, founded by the UN members in 2014. Equally, political systems are more and more focus of computational and mathematical investigations. I will present conceptual work on the stability of democracy, a collaboration with an international and interdisciplinary group of scientists.


Short Bio:
Karoline Wiesner is Professor of Complexity Science at the University of Potsdam, Germany, and External Faculty at the Complexity Science Hub Vienna. With a PhD in physics from Uppsala University, Sweden, and postdoctoral research fellowships at the Santa Fe Institute and the University of California, Davis, she joined the faculty at the University of Bristol in 2007. In 2021 she joined the University of Potsdam, Germany, as full professor. Karoline has held Visiting Research Professorships at the Potsdam Institute for Climate Impact Research and at the Institute for Theoretical Physics at Lund University. Karoline is an internationally recognized expert on applied information theory and on the foundations of complexity science. Her recent book on the subject, published by Yale University Press, was one of Nature's "best science picks" in 2020. Her scholarly work has appeared in Nature Communications, IEEE, and Royal Society journals, as well as journals of physics, chemistry, computer science, and philosophy. 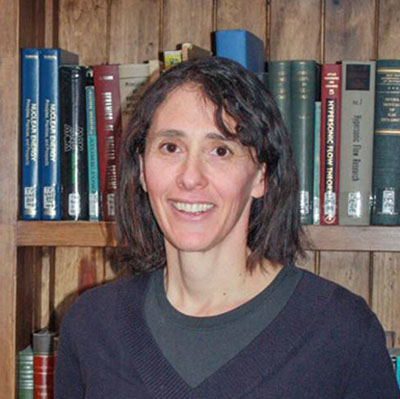 
Why AI is Harder Than We Think

Abstract:
Since its beginning in the 1950s, the field of artificial intelligence has cycled several times between periods of optimistic predictions and massive investment (“AI Spring”) and periods of disappointment, loss of confidence, and reduced funding (“AI Winter”). Even with today’s seemingly fast pace of AI breakthroughs, the development of long-promised technologies such as self-driving cars and housekeeping robots has turned out to be much harder than we thought.
One reason for these repeating cycles is a lack of understanding of the nature and complexity of intelligence itself. In this talk I will discuss some fallacies in common assumptions made by AI researchers, which can lead to overconfident predictions about the field. I will also speculate on what is needed for the grand challenge of making AI systems more robust, general, and adaptable—in short, more intelligent.

Speaker Bio:
Melanie Mitchell is the Davis Professor of Complexity at the Santa Fe Institute, and Professor of Computer Science (currently on leave) at Portland State University. Her current research focuses on conceptual abstraction, analogy-making, and visual recognition in artificial intelligence systems. Melanie is the author or editor of six books and numerous scholarly papers in the fields of artificial intelligence, cognitive science, and complex systems. Her book Complexity: A Guided Tour (Oxford University Press) won the 2010 Phi Beta Kappa Science Book Award and was named by Amazon.com as one of the ten best science books of 2009. Her latest book is Artificial Intelligence: A Guide for Thinking Humans (Farrar, Straus, and Giroux). 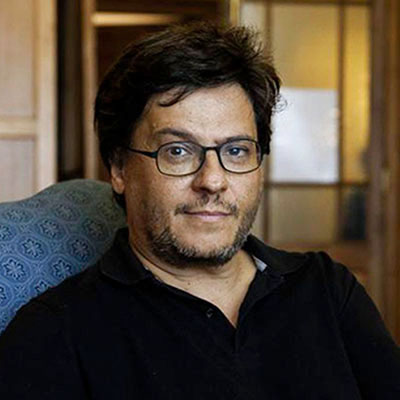 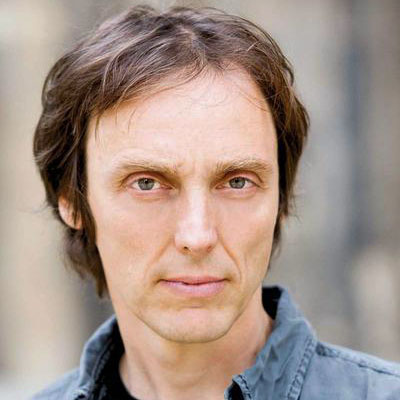 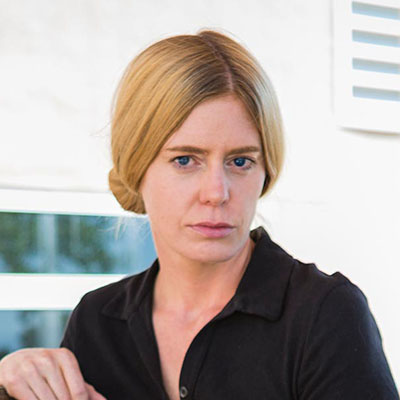